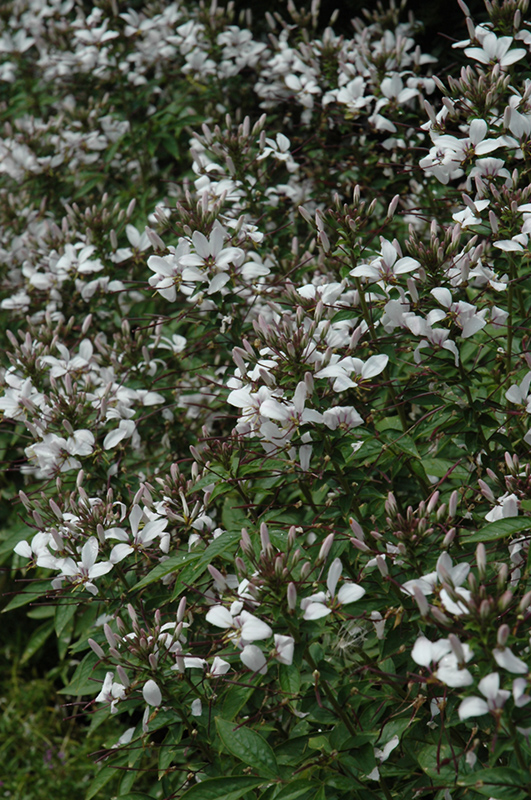 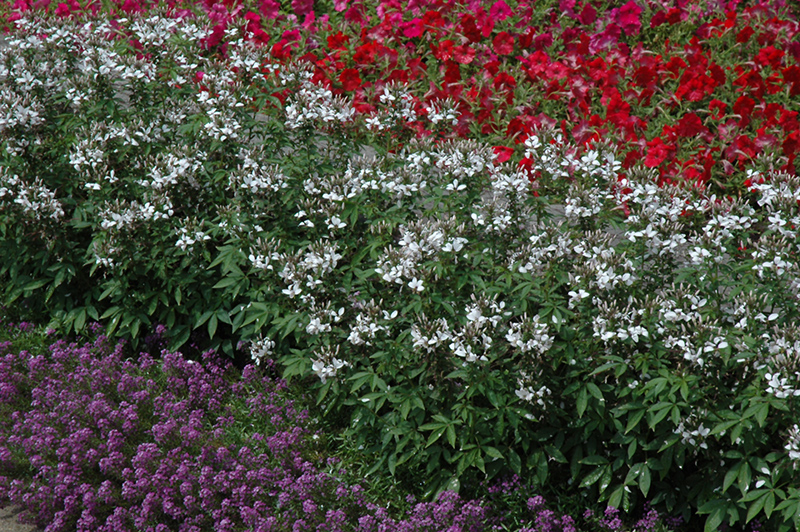 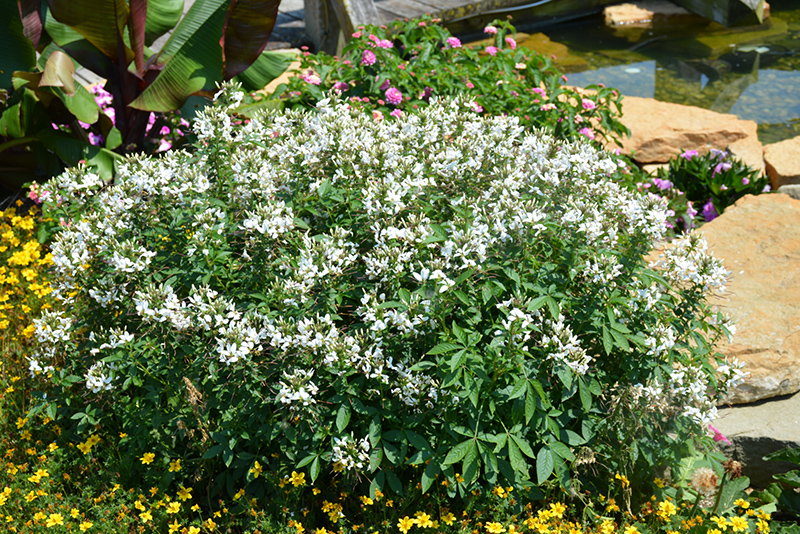 Senorita Blanca Spiderflower features showy spikes of lavender spider-like flowers with silver overtones rising above the foliage from early summer to mid fall. Its pointy leaves remain dark green in color throughout the season. The fruit is not ornamentally significant.

Senorita Blanca Spiderflower is an open herbaceous annual with a rigidly upright and towering form. Its medium texture blends into the garden, but can always be balanced by a couple of finer or coarser plants for an effective composition.

This plant will require occasional maintenance and upkeep, and should be cut back in late fall in preparation for winter. It is a good choice for attracting butterflies to your yard, but is not particularly attractive to deer who tend to leave it alone in favor of tastier treats. It has no significant negative characteristics.

Senorita Blanca Spiderflower is recommended for the following landscape applications;

Senorita Blanca Spiderflower will grow to be about 3 feet tall at maturity extending to 4 feet tall with the flowers, with a spread of 24 inches. When grown in masses or used as a bedding plant, individual plants should be spaced approximately 16 inches apart. It tends to be leggy, with a typical clearance of 1 foot from the ground, and should be underplanted with lower-growing perennials. The flower stalks can be weak and so it may require staking in exposed sites or excessively rich soils. This fast-growing annual will normally live for one full growing season, needing replacement the following year.

This plant should only be grown in full sunlight. It is very adaptable to both dry and moist growing conditions, but will not tolerate any standing water. It is considered to be drought-tolerant, and thus makes an ideal choice for a low-water garden or xeriscape application. It is not particular as to soil type or pH. It is highly tolerant of urban pollution and will even thrive in inner city environments. This particular variety is an interspecific hybrid. It can be propagated by cuttings; however, as a cultivated variety, be aware that it may be subject to certain restrictions or prohibitions on propagation.

Senorita Blanca Spiderflower is a fine choice for the garden, but it is also a good selection for planting in outdoor containers and hanging baskets. With its upright habit of growth, it is best suited for use as a 'thriller' in the 'spiller-thriller-filler' container combination; plant it near the center of the pot, surrounded by smaller plants and those that spill over the edges. It is even sizeable enough that it can be grown alone in a suitable container. Note that when growing plants in outdoor containers and baskets, they may require more frequent waterings than they would in the yard or garden.